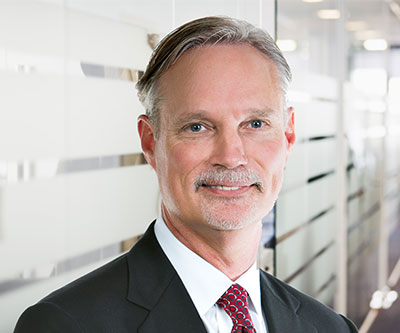 CHAIRMAN OF THE BOARD

Gregory Kniss, CPA, is Chairman of the Board for KROST & KBKG. Greg has been actively involved with the firm's business consulting and tax practice for nearly 40 years.

Early in his career, Greg expanded and later became the Principal in charge of the firm’s restaurant industry practice. Over the years, it became the firm’s largest industry niche. Today, the restaurant group does outsourced accounting, financial, tax and operational consulting for restaurant companies in several states. In 2001, he introduced the tax concept of Cost Segregation to the Principal group and established a separate tax consulting practice. Today, KBKG is a national tax consulting practice providing specialty tax services, including Cost Segregation, Research and Development tax credits, Green Building tax incentives, employment tax credit consulting, Repairs vs Capitalization consulting, IC-DISC consulting, and Transfer Pricing to clients around the country.

Currently, Greg is the Chairman of the Board for KROST and its sister company KBKG with (8) eight offices around the country (Pasadena, CA, Woodland Hills, CA, Valencia, CA, West Los Angeles, CA, New York City, Chicago, Dallas, and Atlanta).

Ready to talk to one of our specialists?

Reach out to us today. Our highly experienced specialists will be happy to assist you.