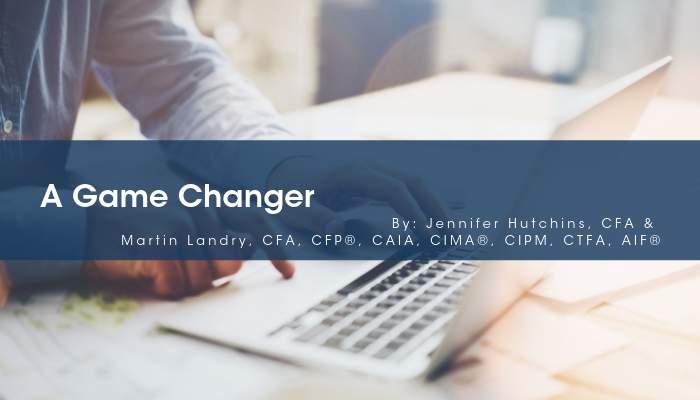 The end of the tentative trade truce between the world’s two largest economies triggered a sell-off on global stock markets and sent investors scurrying into safe-haven assets.

While many economists stated this drastic selloff is due to the US-China trade war, other issues have left the markets on a precipice. With a return of 20.24% through the end of July, the S&P 500 was having a stellar year in 2019. This enthusiasm comes on the heels of slowing global growth and trade uncertainty. While U.S. consumer sentiment remains near its peak, domestic unemployment remains minimal, wage growth is steady and consumer spending is strong, some might argue that this drastic upward trajectory of domestic stocks at this point in the business cycle was excessive and unsustainable. The market was waiting for a catalyst to reset stock prices. It appears to have received several.

While markets were urging the Federal Reserve to cut short-term interest rates by 0.50% last Wednesday, the Fed responded by trimming 0.25% with a tone of “wait and see” if further cuts were on the horizon. Markets did not take kindly to Fed Chairman Powell’s comments about what their next move would be. Stock markets sold off as people began to look for an excuse to exit markets. An excuse wasn’t that far away. On Thursday, President Trump threatened an additional 10% tariff on the final $300 billion of Chinese imports to take effect in September, which would essentially place a tax on all imports from China.

What makes the latest round of tariffs imposed by the Trump Administration so significant? The announcement is a major foray into consumer goods tariffs. Past measures applied on and off again on the Chinese since the spring of 2018 have deliberately avoided applying tariffs on consumer goods. The Trump administration’s willingness to go after consumer goods signals that Trump won’t rule out further tariffs on more goods and at a higher rate. It is possible that Trump might impose a broad 25% tariff on Chinese imports as well as punitive tariffs on Vietnam.

Retaliation by the Chinese was swift. Reports surfaced on Sunday night that China was allowing its currency to devalue against the U.S. dollar and on Monday, the Chinese government called for state-owned entities to suspend imports of U.S. agriculture products. While the People’s Bank of China (PBOC) governor Yi Gang said that currency manipulation will not be used as a trade negotiation tactic, the Chinese yuan slipped to just above 7 per U.S. dollar. This means it took more yuan to exchange for a U.S. dollar. This psychological support level is one the PBOC had previously fought diligently to uphold, infusing billions of dollars in an effort to support the value of the yuan. In response to the devaluation, the U.S. Treasury department formally labeled China as a “currency manipulator”.

The devaluation can make Chinese exports cheaper. It lowers the price of its exports and gains a competitive advantage in the international markets. In order to weaken its currency, China would sell its own currency and buy U.S. dollars, resulting in a reduced demand for its own currency. The PBOC, an arm of the Chinese government, sets the currency level. In August 2015, the Chinese government prompted shockwaves in global markets by allowing its currency, the yuan, to weaken outside of its previous trading band based on market movements.

Contrary to many of its international trade partners, who allow the values of their currencies to float more or less freely against currencies from other countries, China has a managed currency policy. It regulates trading activity and tries to control daily movements of the yuan through intervention in the foreign exchange market.

Typically, when managed currencies are allowed to weaken significantly, governments are aiming to improve their trade and current account balances by discouraging imports and boosting exports.

Ethan Harris, an economist with Bank of America–Merrill Lynch still expects a deal with China at some point, but cautions that it could take a large market correction to get both parties to an agreement. Harris says that the risk of another round of tit-for-tat tariffs remains elevated. He also expect tariffs on a growing list of products and countries in the coming quarters.

In a research note written in late June, Harris writes that the “no pain, no deal” framework points to a worrying feedback loop between the Fed and trade policy. According to Harris, “the Fed is determined to raise inflation by sustaining above-trend growth. To this end, it seems willing to offset the negative impact of the trade war on the economy. But the risk is that the ‘Fed put’ could encourage an even tougher stance on trade by the Trump administration, which would trigger even more Fed accommodation, and so on.” Harris espouses that the end result would be a weakened Fed with few options if the economy remains weak.

Harris is concerned that the “Fed put” will continue to embolden the Trump administration to ratchet up trade tensions by supporting the economy and markets. What would cause Trump to stop escalating the trade war? Perhaps only when there is notable signs of pain in the economy or markets.

Already, several economists have cut their forecasts for growth in the U.S. due to the shock to the manufacturing sector and business investment to grow as trade-policy uncertainty lingers. Some feel that the longer the tariffs last, the more businesses will start treating them as permanent. Investment decisions will first be delayed, then eventually could be canceled. Bank of America’s research team’s proprietary indicators show further downside risk for global growth. The indicators focused on the industrial side of the global economy have been particularly weak.

Economists at Goldman Sachs have similar opinions. Writing in a research note Monday evening, Goldman Sachs researcher Jan Hatzius says that “our base case is now that no deal will be reached before the 2020 election. We expect the newly announced 10% tariffs on the last $300bn to remain in place on Election Day, and other forms of tit-for-tat retaliation are possible along the way.” He states that reports indicate that the trade talks are not going well. The Trump administration wants a deal that includes major structural reforms and China’s policymakers want immediate reduction in tariffs.

Goldman Sachs’ measure of financial conditions has tightened noticeably since last Wednesday. Federal funds futures are now pricing 1.14% of additional rate cuts by the end of 2020 (for a total of 1.39% including the July cut), up from 0.70% following the July Federal Open Market Committee (FOMC) meeting. Hatzius and his Goldman Sachs colleagues now think the balance of risks has shifted enough to make a third 0.25% rate cut in October the most likely outcome, for a total of 0.75% of cuts including the July cut. But by the December meeting Hatzius says, the FOMC is likely to stop. He notes “for rate cuts to stop, Fed officials will eventually have to withstand White House demands and perhaps bond market expectations as well.” 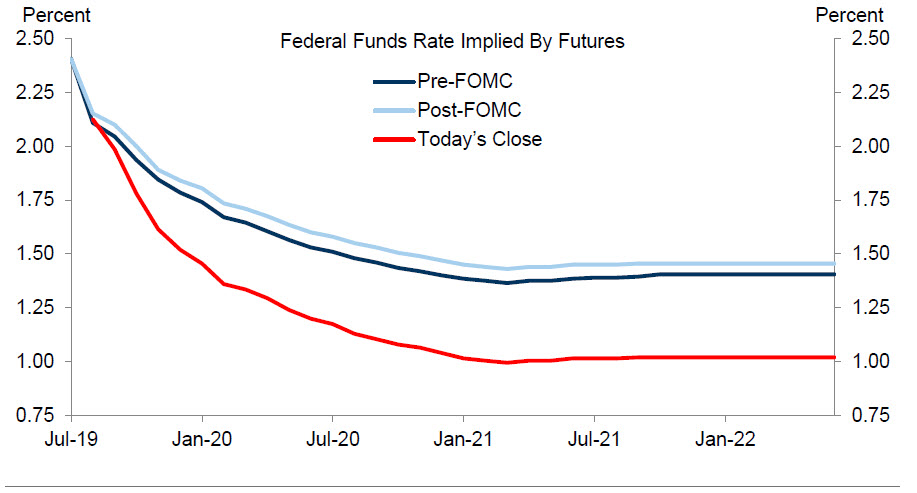 We would do well to keep in mind that while growth has slowed, the U.S. economy seems to be on solid ground overall. While uncertainty abounds, the trade war will undoubtedly cause some challenges for certain business activity as companies seek out and adjust to alternative sources for parts or revenue.

While the U.S. consumer remains strong, wage growth remains stable and unemployment remains low at the current moment, this volatility might provide an opportunity to revisit a client’s ability and willingness to take on risk.

The 1st Global Investment Management Research Group (IMRG) is a team of tenured investment professionals that operates under the oversight of the 1st Global Investment Committee and is tasked with finding “best-in-class” investment managers and products for use across the IMS Select Portfolios strategies as well as other IMS programs. The team’s primary responsibilities include portfolio construction and investment manager due diligence, monitoring and selection. The team brings years of experience and investment knowledge to help guide clients with asset class allocation and individual fund selection, which are aimed at providing optimal risk-adjusted returns within each risk category.

The views and opinions expressed herein may not be suitable for all investors. This commentary is for informational purposes only and should not be construed as investment advice.